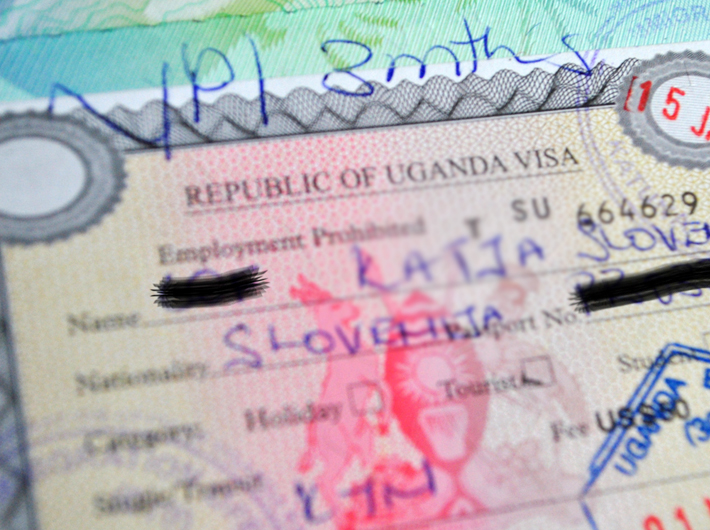 KAMPALA - July 27 2016 - The decision was reached after a request by officials from the tourism docket.

With effect from today July 22nd, tourists seeking to come to Uganda will pay half of the money they have been paying for single entry tourist visas.

Government has halved the fees from $100 to $50 in an effort to encourage more tourists to come to the country that has been consistently ranked among top tour destinations in the world for the past few years.

The CNN travel magazine last year ranked Uganda among the 16 top tourist destinations in the world.

In 2012, Lonely Planet, another global travel magazine, ranked Uganda as a number one tourist destination.

Bloom Consulting, a global form specializing in country branding and ranking, placed Uganda in the eighth position among the top ten tourist destinations in 2014.

Bwindi Impenetrable and Murchison Falls National Parks have separately been ranked among to birding sites in Africa.

According to a statement issued by the internal affairs ministry on Thursday, a statutory instrument has been issued to effect the changes in visa fees. Uganda sells other types of tourist visas including multiple and transit permits. The fee for other visas has not been revised.

The decision to slash single tourist visas fees, according to the internal affairs ministry, was reached after a request by officials from tourism docket.

“All people seeking to enter Uganda shall pay $50 instead of $100. All Ugandan borders have been notified to effect the change,” reads a statement from the internal affairs ministry.

Tourists have been paying an equal amount of money for the single entry tourist visa for Uganda and the one for East Africa.

However, the East Africa single tourist visa issued at the point of entry into the region allows tourists to travel to Uganda, Kenya and Rwanda on the same permit. The non-extendable visa is valid for only three months.

The single entry tourist visa expires upon entering Uganda and the tourist is issued with a visitor’s permit valid for as long as a month.

The validity of the visitor’s permit can be extended for a period of six months depending on the reasons given by the tourist.

While the Uganda’s single entry tourist visa can be used for tourism and business, the East African tourism permit is only issued for tourism.

“Some of the people were ending up getting the East African tourist visa after all it has been at the same price with the Uganda’s single entry tourism visa,” Simunyu said, “But they didn’t know the East African visa cannot extended and you cannot do business with it,”.

According to figures from the tourism ministry, over 1.2 million tourists came to Uganda in 2015. The Uganda Tourism Board has embarked on a campaign to promote Uganda’s tourism which is one of the top foreign exchange earners for the country.

For more information, check out the Immigration Press release. To apply for a visa online visit > https://visas.immigration.go.ug/